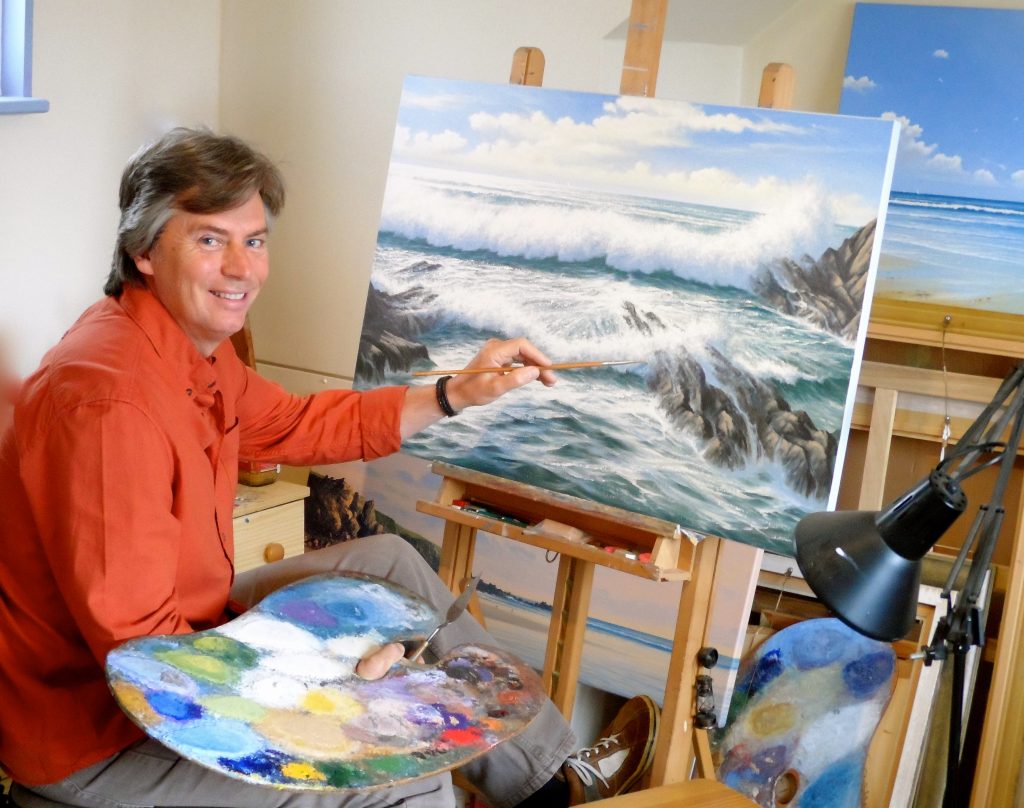 Born in Worcestershire in 1960, Nicholas lived and worked in the Westcountry since he started painting professionally at the age of sixteen, establishing his first studio in Looe in Cornwall, where he painted for several years.

In 1987, Nicholas opened his own gallery in Salcombe, where he worked for the following ten years painting both oils and watercolours and publishing limited edition prints of his work. Running a gallery proved too restricting so he sold it to enable him to concentrate more fully on his painting.

For seven years Nicholas was the resident artist at The Barbican Gallery in Plymouth, where he held a number of exhibitions. He still exhibits in several Galleries in the Westcountry including the ‘Hope Cove Gallery’, ‘Through the Quayhole’ Salcombe and ‘The Art Frame Gallery’ in Plymouth.

The atmosphere and scenery of Devon and Cornwall has been the inspiration for much of his work. Now painting mainly in oils, Nicholas is particularly interested in the changing effects of light on the landscape and water. He strives to capture the mood and atmosphere of a scene to enable the onlooker to feel that they are there.

He has an affinity for water, with most of his previous paintings featuring it in one form or another, from crashing waves to quiet reflections.

Nicholas and his wife Véronique moved to France in 2015 and now live in the beautiful South Charente region where they let their holiday gite ‘Maison des Rosiers’  and his work is now displayed around the walls, providing an ever changing exhibition for their guests.

Attracted by the intense light and vibrant colours, Nicholas has found new inspiration in the constantly changing landscape of the area. From the villages with their warm Charantaise stone under red tile roofs, to the fields of sunflowers, wheat and vines, helping to provide exciting new influences for his paintings.

His paintings are now in private collections in the UK and around the world, most notably the USA, Canada, France and Australia. 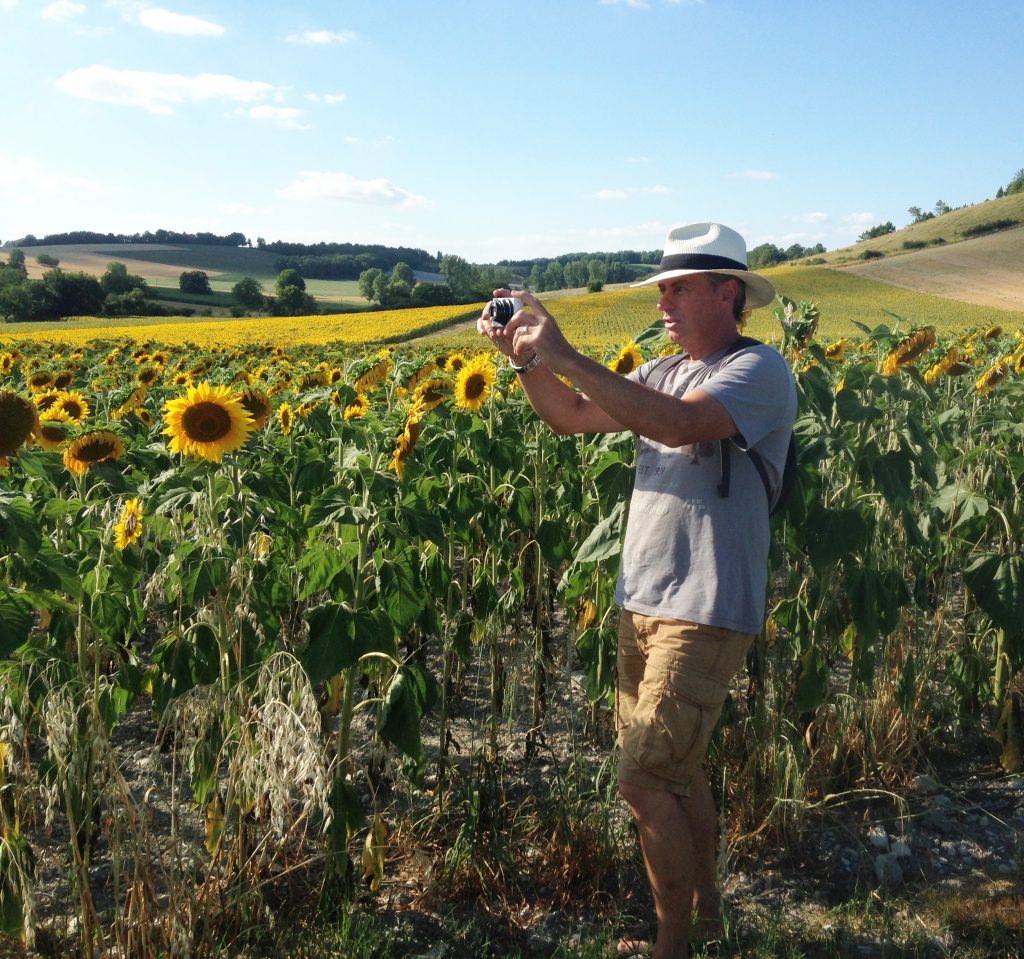